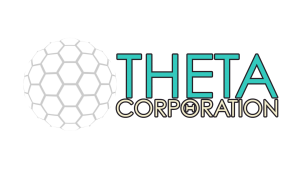 Altair’s bright blue light has descended upon Earth for billions of years. Scientists in the 21st century proved the existence of exo-planets and exo-moons. Altair offered up five planets and numerous exo-moons.  It was Altair II however which generated the most excitement. Liquid water was detected on its surface and advancements in exo-planet detection technology suggested more complex organic materials were present within its atmosphere.

The planet was a strong candidate for life that relied on a sun for energy.

However, at 17 light years from earth, Altair’s exciting discoveries were documented and mostly forgotten.

The successful jump to Alpha Centauri in 2355 by Theta Corporation pilots, resulted in the fascinating prospect that exo-planets discovered centuries before were now within reach and Altair II quickly became a candidate for exploration and potential colonisation. Rich in ore deposits and methane emissions we owed it to our ancestors who dreamed of visiting these far away worlds, to observe and to document its wonders.

The Nexus mind ordered a Theta vessel carrying monitoring equipment to create a outpost in the first Theta endeavour of its kind. It was a momentous occasion with fanfare and celebrations. It was hoped it would be a defining moment in Theta Corp history, a moment which would unite the collective and help shape Theta Corp for generations to come. .

The Severance was unexplained and almost instant.  The scouts who visited Alpha Centauri had retained their link to the Nexus, sharing their discoveries. It proved that the power of the collective transcended beyond the limitations of light.

The Nexus Mind ordered a Theta Assault class ship to investigate the disappearance of which i am a pilot. Armed with an array of ships designed specifically for deep space exploration, capable of orbital insertions and lethal space combat.

We entered Altair II and absorbed its wonder.